Abstract: The liver plays a crucial role in endogenous metabolic activity and homeostasis of macro and micronutrients. Further, it acts as a metabolic hub in mammals, where the ingested food-derived nutrients and xenobiotics or drugs are metabolized for utilization and/or excretion through its enzymatic and non-enzymatic machinery. Nutritional deficiency, one of the major public health problems, is associated with global disease burden, including pulmonary tuberculosis (PTB) caused by <i>Mycobacterium tuberculosis (Mtb)</i> infection. Though it is a curable and preventable infectious disease, millions of people succumb to death, and people in numbers larger than this are still suffering. This scenario is further complicated by the addition of new cases, disease recurrence, and the emergence of drug-resistant, all of which contribute to the spread of this epidemic. Though the manifestation of TB disease has multiple aetiologies, poor nutritional status and sub-optimal therapeutic concentrations of first-line anti-TB drugs are considered as potential contributors to its widespread prevalence. Among various factors, the pharmacokinetic variability of anti-TB drugs is one of the main causes for sub-optimal therapeutic drug concentration in TB patients, which is influenced by the host’s genetic make-up and nutritional status, besides several others. However, the role of epigenetic changes in hepatic drug metabolic pathways and their transcript levels is largely unexplored. Therefore, in this review, an attempt has been made to understand the role of micronutrient deficiencies with special reference to fat-soluble vitamins, namely vitamin A, D, & E in pulmonary TB, their possible impact on epigenetic changes on the drug-metabolizing pathway genes, thus their expression levels and plausible influence on pharmacokinetic variability of anti-TB drugs, besides discussing the limitations and emerging potential opportunities. Eventually, this would help in developing the host-directed/personalized therapeutic strategies for the elimination of pulmonary tuberculosis (PTB). 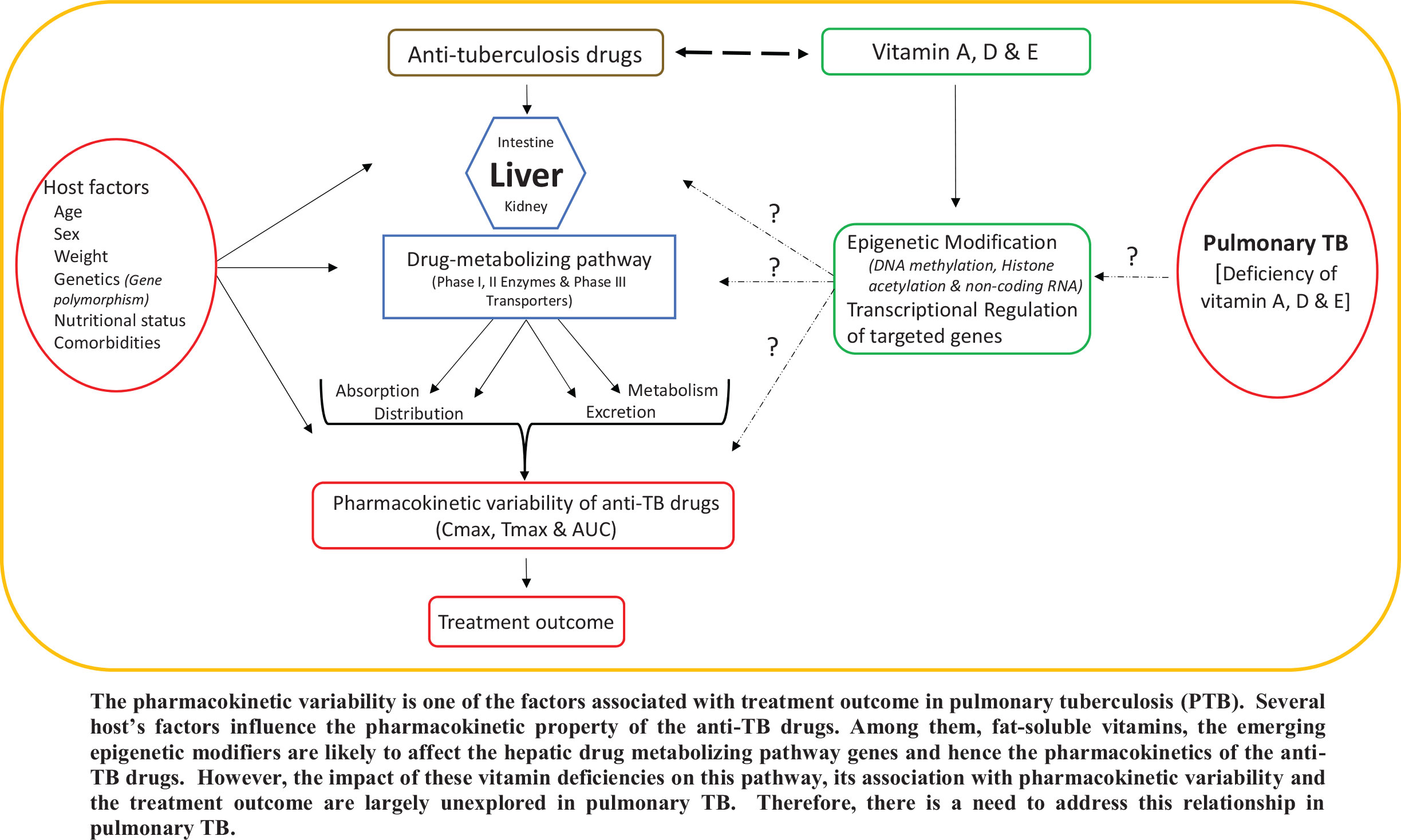